THE PROBLEM IS NOT AVAILABLE 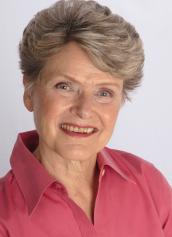 Taking a hiatus from undergraduate studies, she traveled to Bogotá for a year to immerse herself in Colombian culture while teaching English at the Instituto Colombo Americano. She celebrated her graduation by pursuing her interest in African culture and accepted an offer to live as a guest in a Tanzanian home for a year. En route, to quench her thirst for family genealogy and Scottish culture, she visited Scotland and her grandfather’s boyhood home near Edinburgh.

Upon returning to Seattle, Anila pursued her passion for making a difference in the lives of children and entered the Master of Education program at the University of Washington. After graduating, she chose a challenging special education career in Seattle Public Schools. Her forte was working with middle school students labeled emotionally disturbed. For 19 years she helped many students transform their lives for the better including one year as a learning disabilities consultant in maximum security prisons and reformatories  in New Jersey. (While in New Jersey she felt proud when she visited the four-bedroom, spcacious house her great grandfather, Marcel Prineveau, hand built.) Through hours of extra classes and hands-on experience she deepened her understanding of educational techniques, psychology, her students and herself.

Testing her cultural tolerance, Anila accepted a job teaching English literature in Sudan. She returned home after two years of challenging and heart-warming adventures, and taught English as a Foreign Language in Bellevue Public Schools in a bilingual high-school program for Latinos.

Always seeking deeper self-development, Anila has pursued yoga and qi gong. She began her yoga practice in 1969 and continued for 12 years, eventually teaching yoga at Bellevue Community College. She began practicing qi gong in 2001. In 2008 her teacher, Grandmaster Mingtang Xu, invited her to be the Dean of Foreign Languages and Skill Training Development at Kundawell Medical Research Institute in Beijing. She accepted the one-year position, and retired from public school teaching.

After returning from China, Anila began writing The Problem is Not Available: 364 Days in Sudan and preparing an accompanying PowerPoint presentation with photographs and indigenous art work. Her stories radiate with her accumulated wisdoms from years of academic training and first-hand experience in world cultures. A deep respect for all of humanity shines through in every story.